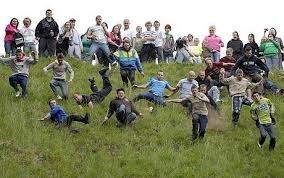 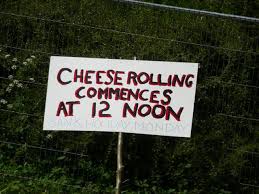 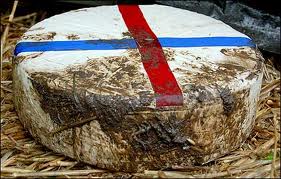 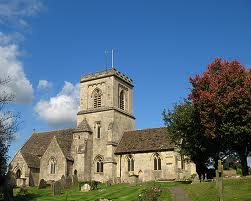 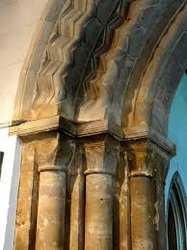 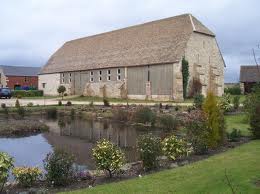 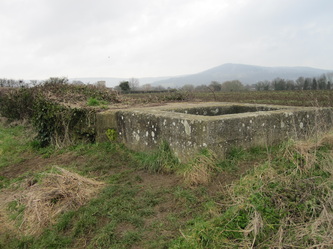 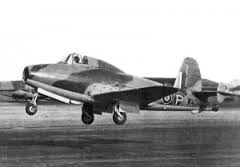 Brockworth and it's surrounding Green Belt has a rich and varied history.
St George's Church at Brockworth is set within an important heritage site.The Church stands close to ancient Brockworth Court and Tithe Barn, both important historical features and local landmarks within the village.  St George's Church was built by the first resident Norman - Lord of the Manor, Roger de Chandos.
In 1142 it was consecrated and became one of the earliest churches in England to be dedicated to St George. The very earliest parts of the church date back to 513AD
In about 1846 the church was renovated at a cost of around £800.
The settlement of Brockworth dates from Saxon times (600AD) when it was named "Brocwurthin" - the "wurthin" (enclosure) by the "broc" (brook). The brook is the ancient 'Horsebere Brook' which continues it's  flow along the edge of the village marking the village boundary. Horsebere starts in the Cotswolds and winds its way to the Severn at a distance of 8 miles from Brockworth.


Brockworth Court Brockworth Court was first inhabitated by John Guise, the new Lord of the Manor, in 1540. It had just been completed by Richard Hart, the last Abbot of Llanthony Priory. Brockworth Court Tithe Barn was built around the 15th Century and the size of the barn indicated the wealth of the Lord of the Manor at the time - Llanthony Priory.
Tithe barn. Late C15 - early C16. The area of Green Belt north of Brockworth has been found to contain evidence of  human settlement and farming ranging from the Bronze age to medieval times. The fields show evidence of ridge and furrow,now ploughed out,. A significant find of a complete schythe blade  (in 2012) , has indicated a British Romano farmstead near the Court. Evidence of Iron Age round houses and Bronze Age cremations have also been found.
A 17th Century brick kiln has been excavated in the vicinity of the Court.
The Doomsday Book of 1086 records a corn-mill and this was situated at the intersection of Mill Lane and Horsebere Brook

Ermin Street , the main road through Brockworth, was built about 2000 years ago by the Romans to connect Gloucester to Cirencester. Brockworth would have been very familair with the sound of marching Roman sandals as reinforcements travelled between Cirencenster and Gloucester
In 1698 it became the third turnpike ( toll ) road in England.

The 19th century Tithe map of Brockworth shows an extensive division of fields throughout the Green Belt, with names such as NorthPiece, Cole Piece.Mill Mead, and Punningar. The ancient hedgerows along the Green Belt are between 100 to 200 years old and were certainly the boundaries of some of the fields shown on the  tithe map

Today the fields provide prime Grade 2 agricultural land, producing rape seed, barley and wheat.
Coopers Hill on the Cotswold  Escarpment AONB Cooper's Hill is a local landmark within the parish of Brockworth, and is known in Britain and beyond for its annual  cheese rolling contest. A large round cheese is rolled down the steep slope of the hill and chased by a group of "runners", who in fact spend most of their brief descent to the bottom of the hill falling and tumbling. Two hundred years ago this was part of a larger mid-summer festival with other activities and competitions, but the event is now confined to the cheese-rolling and is held in May during the Spring Bank-holiday Monday.

It started about 2000 years ago and is thought be about maintaining the grazing rights on Cooper's Hill common,or to have originated as a pagan festival celebrating the arrival of summer.


Brockworth Airfield Brockworth's semi-remote locality made it ideal for the location of an aircraft factory (now the Gloucester Business Park) where aeroplanes could be built and tested without worries about noise.

The Gloster Aircraft Company was formed in 1915. In 1926 the name of the company was abbreviated to Gloster because customers outside of the United Kingdom found the original name too difficult to pronounce. The company produced the Gloster Gladiator; Hawker Hurricane; Hawker Typhoon; Gloster Meteor and Gloster Javelin and its runway became famous for the first flight of Sir Frank Whittle's turbo-jet aircraft.

The Gloster Aircraft Company (known locally as GAC) drew upon an employment pool from the surrounding area and it was responsible for much of the growth in the development of housing estates which was halted by the outbreak of World War II. During the war Brockworth Aircraft Factory made a considerable contribution to the War effort,producing thousands of fighter planes.Indeed the surrounding area was bombed by the Luftwaffe in several attempts to halt Brockworth's production of vital war materials.

In 1939 the company built 1,000 Hawker Hurricanes in the first 12 months of World War II and it delivered its last of 2,750 Hurricanes in 1942. Production was then switched to building 3,330 Hawker Typhoons for the Royal Air Force.


On April 8, 1941 the first test flight of the Gloster E28/39 with a turbo-jet engine invented by Sir Frank Whittle took off from the company's flight test airfield at Brockworth. This formed the basis for the Gloster Meteor, the only jet to be used by the Allied Forces during World War II. In 1945 it gained a world speed record of 606 mph and it was eventually put into service by 12 nations.
. In 1952 the Brockworth factory produced the two seat, delta-winged Gloster Javelin which was developed as an all weather fighter that could fly above 50,000 feet at almost the speed of sound. In 1962 the Gloster Aircraft Company closed down .
The airfield has now been redeveloped as Gloucester Business Park, and the Coopers Edge development with 2000 new homes planned, but not yet built ( approx 800built up to 2013)

Anti-aircraft gun placement. This can be found along the pathway across the Green Belt. The gun placement lines up with a similar structure on Nuthill to the South West An anti-aircraft gun "The most frightening time during the second world war was when  German aircraft, flying from the Cherbourg Peninsular, passed directly over Gloucester every night on their way to bomb Coventry, Birmingham and the Midlands. Few bombs were dropped in the City but the anti aircraft guns located around Brockworth airfield (and there were dozens of them) put up a tremendous barrage which was quite deafening." memories of a Brockworth resident Easter Sunday 1942. An attack as the dayshift were leaving the factory. Five bombs straddled the airfield, factory and adjoining houses. One bomb fell into the car and bus park killing 13 people and injuring many others.                    "Trenches were dug in the fields with petrol at the bottom.  Fires were lit to create smoke screens when enemy aircraft were in the vicinity.In the morning the ash would be all over ground..we thought it was snow"
Save Brockworth Green Belt